shopping_cart
Your cart
Ruby on Rails for Beginners
Authors 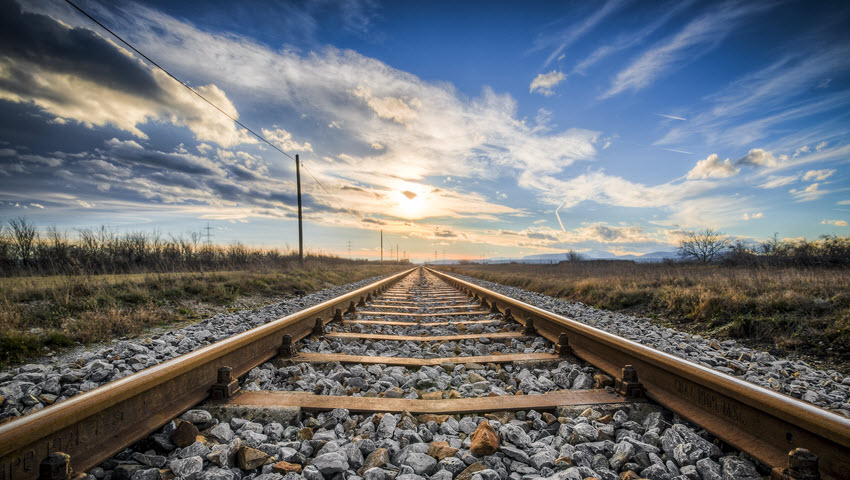 Ruby on Rails for Beginners

Ruby on Rails, or Rails, is a server-side web application framework written in Ruby under the MIT License. Rails is a model–view–controller (MVC) framework, providing default structures for a database, a web service, and web pages.

It encourages and facilitates the use of web standards such as JSON or XML for data transfer, and HTML, CSS and JavaScript for display and user interfacing. In addition to MVC, Rails emphasizes the use of other well-known software engineering patterns and paradigms, including convention over configuration (CoC), don't repeat yourself (DRY), and the active record pattern.

David Heinemeier Hansson extracted Ruby on Rails from his work on the project management tool Basecamp at the web application company also called Basecamp. Hansson first released Rails as open source in July 2004, but did not share commit rights to the project until February 2005.

In August 2006, the framework reached a milestone when Apple announced that it would ship Ruby on Rails with Mac OS X v10.5 "Leopard", which was released in October 2007.

Like many web frameworks, Ruby on Rails uses the model–view–controller (MVC) pattern to organize application programming. In a default configuration, a model in the Ruby on Rails framework maps to a table in a database and to a Ruby file.

For example, a model class User will usually be defined in the file 'user.rb' in the app/models directory, and linked to the table 'users' in the database. While developers are free to ignore this convention and choose differing names for their models, files, and database table, this is not common practice and is usually discouraged in accordance with the "convention-over-configuration" philosophy. 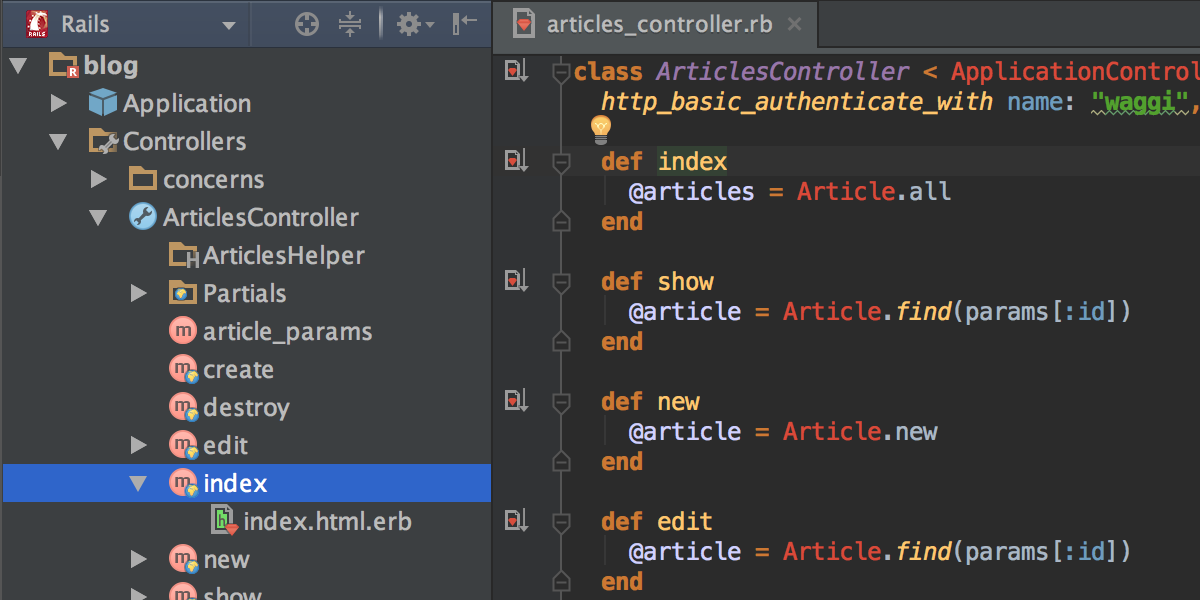 A controller is a server-side component of Rails that responds to external requests from the web server to the application, by determining which view file to render. The controller may also have to query one or more models for information and pass these on to the view.

For example, in an airline reservation system, a controller implementing a flight-search function would need to query a model representing individual flights to find flights matching the search, and might also need to query models representing airports and airlines to find related secondary data.

The controller might then pass some subset of the flight data to the corresponding view, which would contain a mixture of static HTML and logic that use the flight data to create an HTML document containing a table with one row per flight.

A controller may provide one or more actions. In Ruby on Rails, an action is typically a basic unit that describes how to respond to a specific external web-browser request. Also, note that the controller/action will be accessible for external web requests only if a corresponding route is mapped to it.

Rails encourages developers to use RESTful routes, which include actions such as create, new, edit, update, destroy, show, and index. These mappings of incoming requests/routes to controller actions can be easily set up in the routes.rb configuration file.

A view in the default configuration of Rails is an erb file, which is evaluated and converted to HTML at run-time. Alternatively, many other templating systems can be used for views.
Ruby on Rails includes tools that make common development tasks easier "out-of-the-box", such as scaffolding that can automatically construct some of the models and views needed for a basic website.

Also included are WEBrick, a simple Ruby web server that is distributed with Ruby, and Rake, a build system, distributed as a gem. Together with Ruby on Rails, these tools provide a basic development environment.

Ruby on Rails is intended to emphasize Convention over Configuration (CoC), and the Don't Repeat Yourself (DRY) principle.

"Convention over Configuration" means a developer only needs to specify unconventional aspects of the application. For example, if there is a class Sales in the model, the corresponding table in the database is called sales by default.

It is only if one deviates from this convention, such as calling the table "products sold", that the developer needs to write code regarding these names. Generally, Ruby on Rails conventions lead to less code and less repetition.

"Don't repeat yourself" means that information is located in a single, unambiguous place. For example, using the ActiveRecord module of Rails, the developer does not need to specify database column names in class definitions.

Instead, Ruby on Rails can retrieve this information from the database based on the class name. "Fat models, skinny controllers" means that most of the application logic should be placed within the model while leaving the controller as light as possible.

9. Testing and Debug in Rails