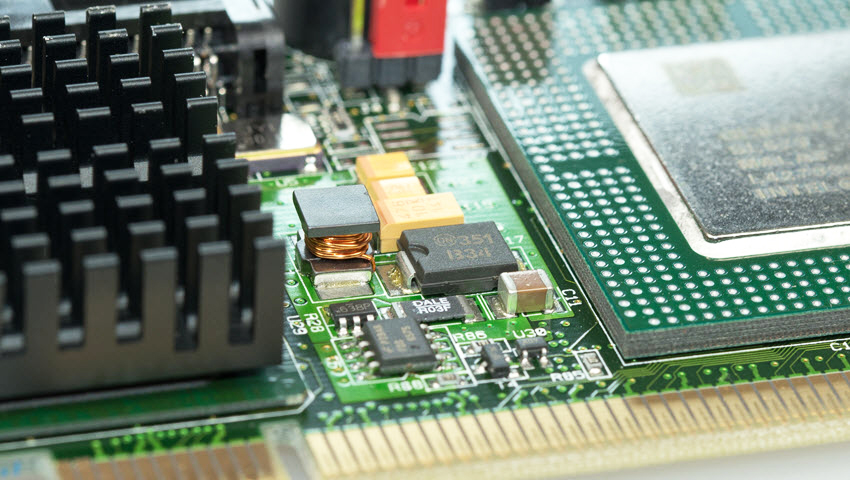 The name OrCAD is a portmanteau, reflecting the company and its software's origins: Oregon + CAD.

OrCAD Capture is a schematic capture application, and part of the OrCAD circuit design suite.

Unlike NI Multisim, Capture does not contain in-built simulation features, but exports netlist data to the simulator, OrCAD EE. Capture can also export a hardware description of the circuit schematic to Verilog or VHDL, and netlists to circuit board designers such as OrCAD Layout, Allegro, and others. 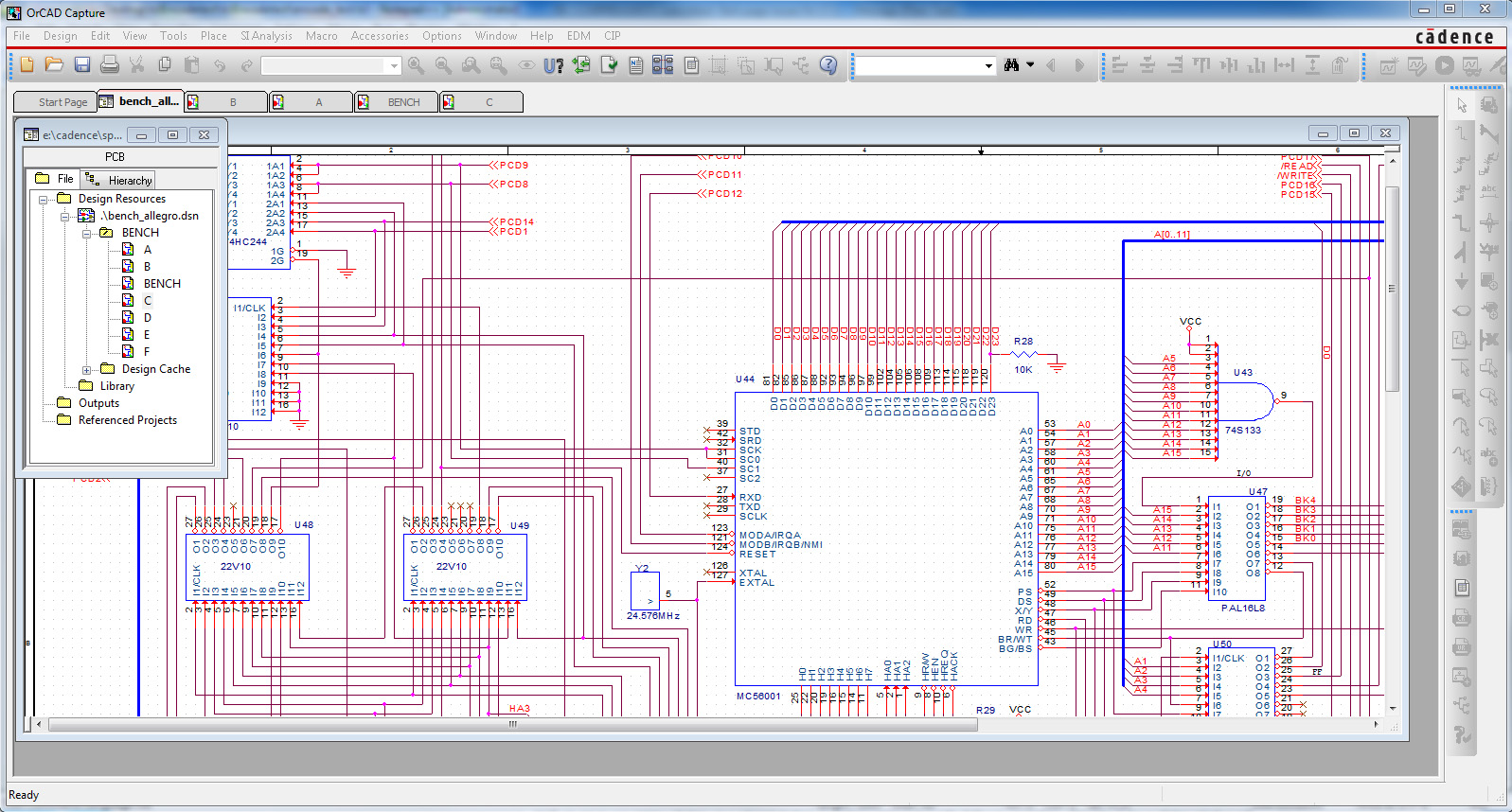 Capture includes a TCL/TK scripting functionality that allows users to write scripts, that allow customization and automation. Any task performed via the GUI may be automated by scripts. The OrCAD Capture Marketplace enables customers to share and sell add-ons and design resources.

Such add-ons can customize the design environment and add features and capabilities. Capture can interface with any database which complies with Microsoft's ODBC standard etc.

Data in an MRP, ERP, or PDM system can be directly accessed for use during component decision-making process.

OrCAD EE PSpice is a SPICE circuit simulator application for simulation and verification of analog and mixed-signal circuits. PSpice is an acronym for Personal Simulation Program with Integrated Circuit Emphasis.

PSpice was a modified version of the academically developed SPICE, and was commercialized by MicroSim in 1984. MicroSim was purchased by OrCAD a decade later in 1998.

An upgrade option to PSpice Designer Plus provides the PSpice Advanced Analysis simulation engine for functional simulation and improvement in design yield and reliability.

The OrCAD PSpice Simulink- PSpice Integration provides co-simulation and helps verify system level behavior. A circuit to be analyzed using PSpice is described by a circuit description file, which is processed by PSpice and executed as a simulation.

PSpice creates an output file to store the simulation results, and such results are also graphically displayed within the OrCAD EE interface.

OrCAD EE is an upgraded version of the PSpice simulator, and includes automatic circuit optimization and support for waveform recording, viewing, analysis, curve-fitting, and post-processing. OrCAD EE contains an extensive library of models for physical components, including around 33,000 analog and mixed-signal devices and mathematical functions. 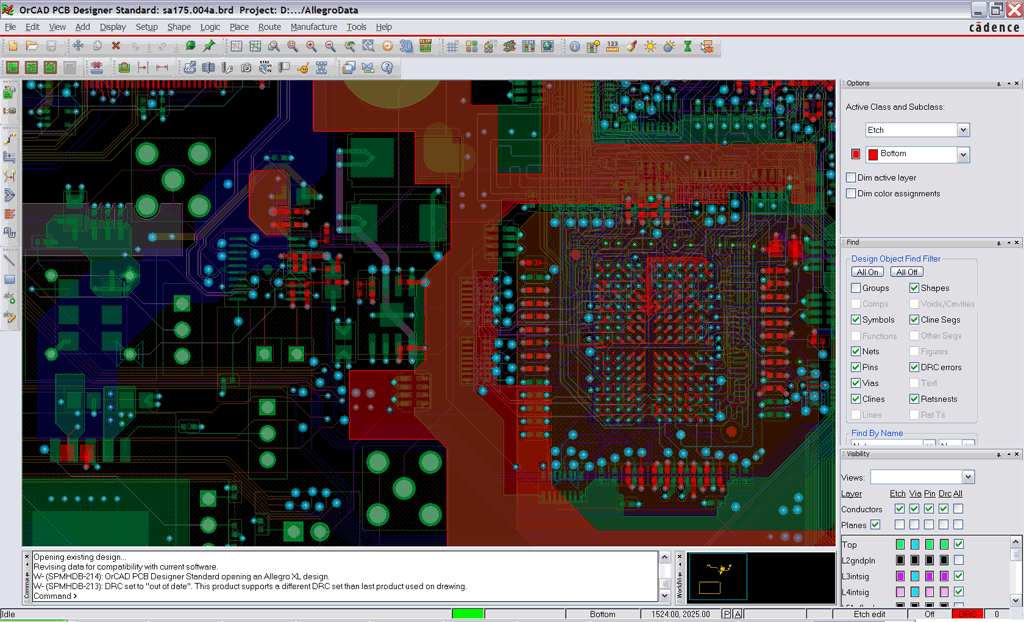 The PCB design may be accomplished by manually tracing PCB tracks, or using the Auto-Router provided. Such designs may include curved PCB tracks, geometric shapes, and ground planes. PCB Designer integrates with OrCAD Capture, using the component information system (CIS) to store information about a certain circuit symbol and its matching PCB footprint. 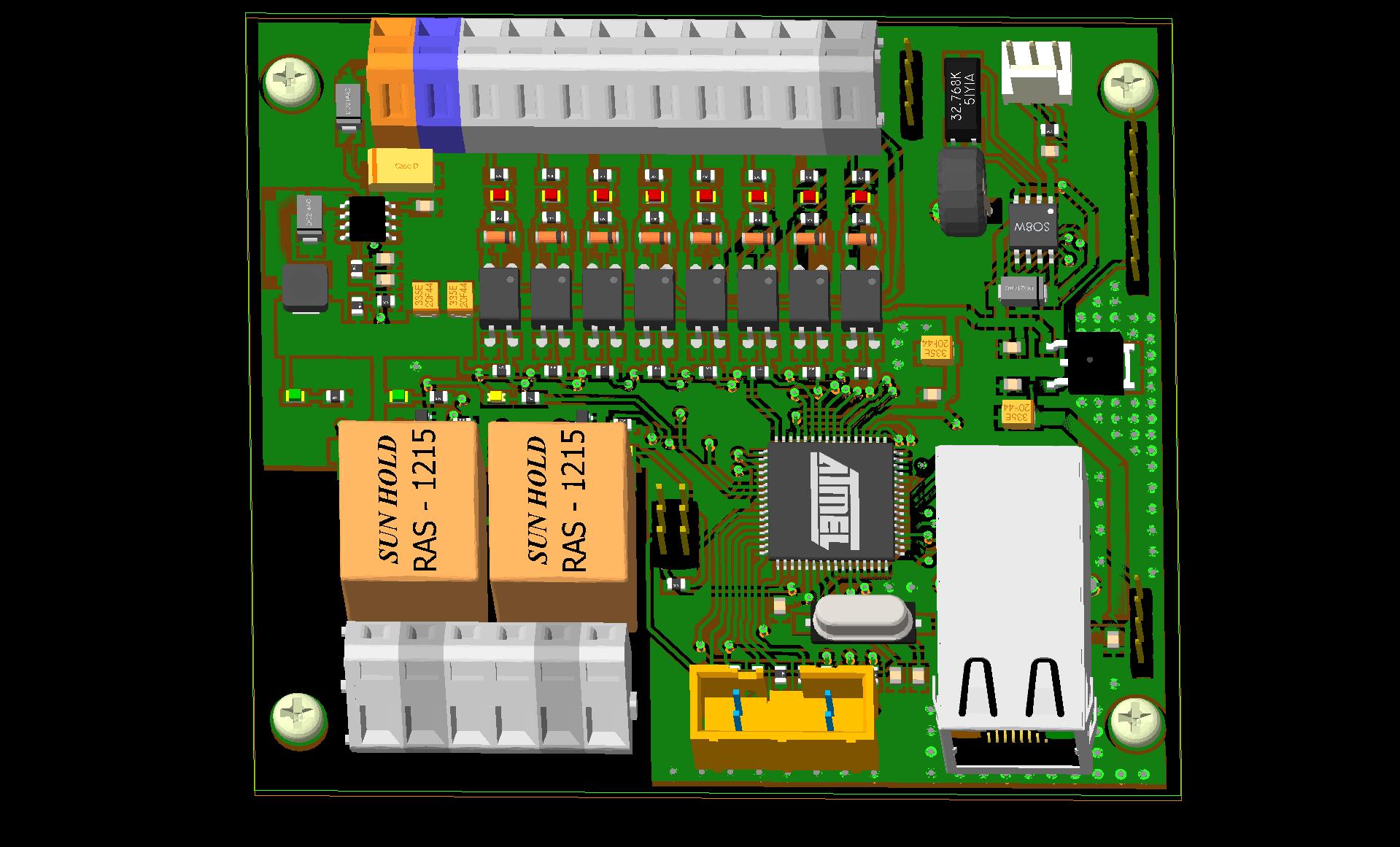