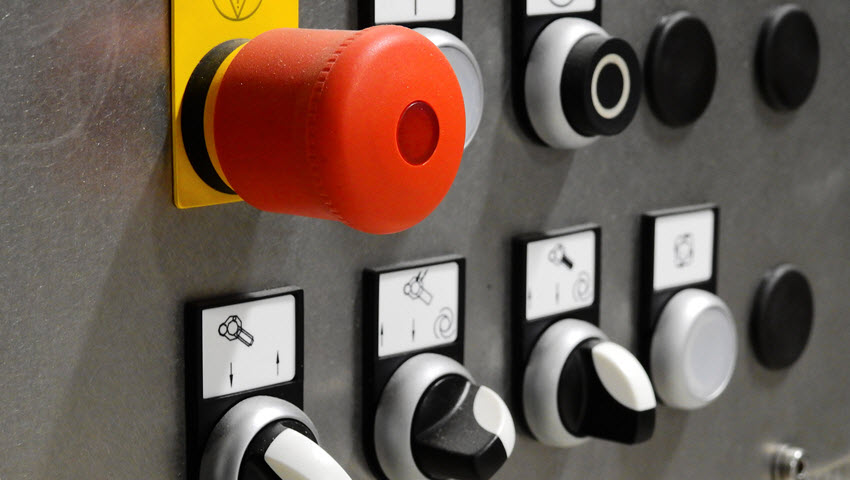 
Automatic control in engineering and technology is a wide generic term covering the application of mechanisms to the operation and regulation of processes without continuous direct human intervention.

It covers the range of application from a household thermostat controlling a boiler, to a large industrial control system with tens of thousands of input measurements and output control signals. In control complexity it can range from simple on-off control to multi-variable high level algorithms.

In the simplest type of an automatic control loop, a controller compares a measured value of a process with a desired set value, and processes the resulting error signal to change some input to the process, in such a way that the process stays at its set point despite disturbances.

This closed-loop control is an application of negative feedback to a system. The mathematical basis of control theory was begun in the 18th century, and advanced rapidly in the 20th.

In open loop control, the control action from the controller is independent of the "process output" (or "controlled process variable"). A good example of this is a central heating boiler controlled only by a timer, so that heat is applied for a constant time, regardless of the temperature of the building.

The definition of a closed loop control system according to the British Standard Institution is 'a control system possessing monitoring feedback, the deviation signal formed as a result of this feedback being used to control the action of a final control element in such a way as to tend to reduce the deviation to zero.

The advanced type of automation that revolutionized manufacturing, aircraft, communications and other industries, is feedback control, which is usually continuous and involves taking measurements using a sensor and making calculated adjustments to keep the measured variable within a set range.

The theoretical basis of closed loop automation is control theory.

One of the simplest types of control is on-off control. An example is the thermostat used on household appliances which either opens or closes an electrical contact.

Sequence control, in which a programmed sequence of discrete operations is performed, often based on system logic that involves system states. An elevator control system is an example of sequence control. 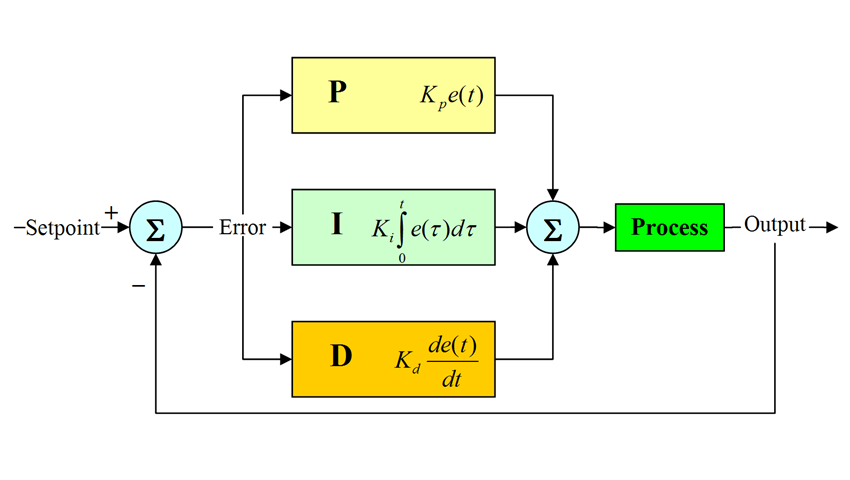 A PID controller continuously calculates an error value e(t) as the difference between a desired setpoint and a measured process variable and applies a correction based on proportional, integral, and derivative terms, respectively (sometimes denoted P, I, and D) which give their name to the controller type.

The theoretical understanding and application dates from the 1920s, and they are implemented in nearly all analogue control systems; originally in mechanical controllers, and then using discrete electronics and latterly in industrial process computers.

A fuzzy control system is a control system based on fuzzy logic—a mathematical system that analyzes analog input values in terms of logical variables that take on continuous values between 0 and 1, in contrast to classical or digital logic, which operates on discrete values of either 1 or 0 (true or false, respectively). 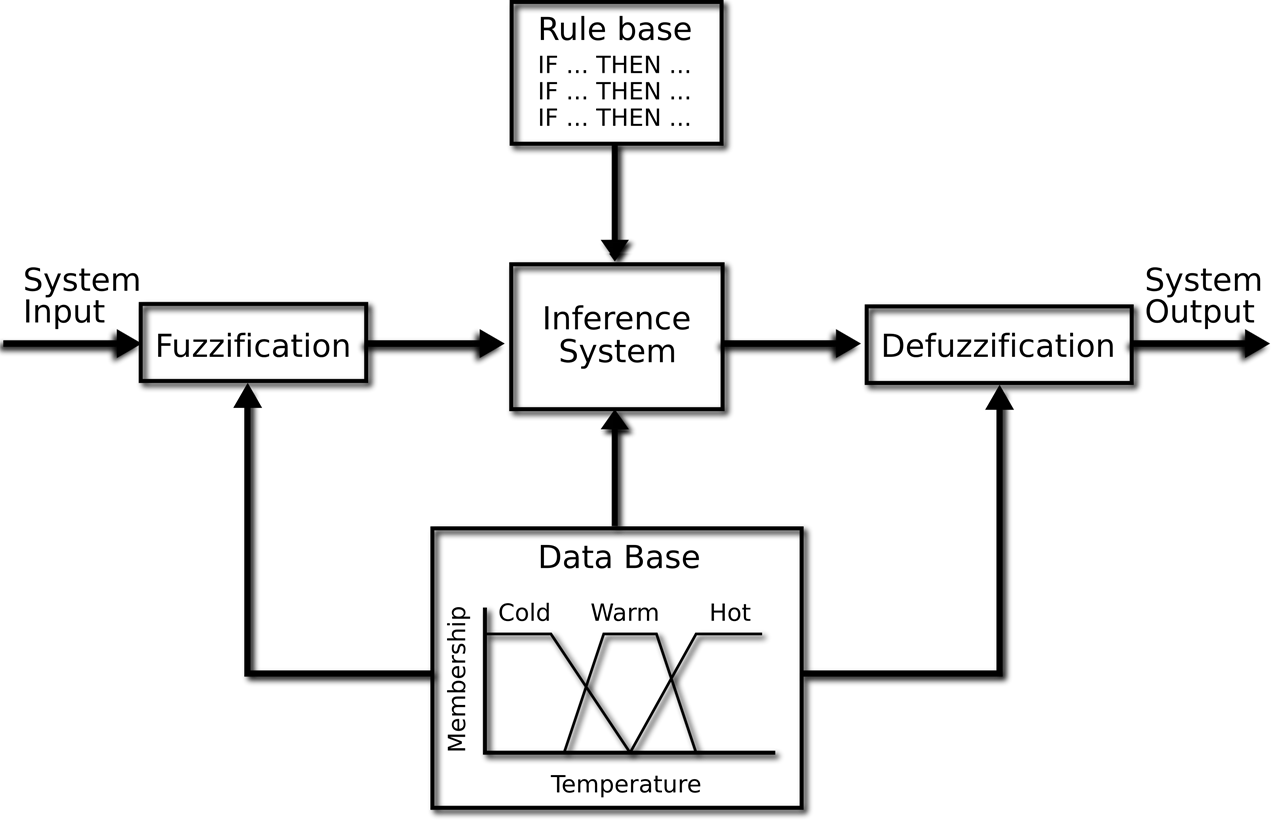 Fuzzy logic is widely used in machine control. The term "fuzzy" refers to the fact that the logic involved can deal with concepts that cannot be expressed as the "true" or "false" but rather as "partially true". Although alternative approaches such as genetic algorithms and neural networks can perform just as well as fuzzy logic in many cases, fuzzy logic has the advantage that the solution to the problem can be cast in terms that human operators can understand, so that their experience can be used in the design of the controller.

This makes it easier to mechanize tasks that are already successfully performed by humans.

For example, in image recognition, they might learn to identify images that contain cats by analyzing example images that have been manually labeled as "cat" or "no cat" and using the results to identify cats in other images. They have found most use in applications difficult to express in a traditional computer algorithm using rule-based programming.

An ANN is based on a collection of connected units or nodes called artificial neurons (analogous to biological neurons in an animal brain). Each connection (synapse) between neurons can transmit a signal from one to another. The receiving (postsynaptic) neuron can process the signal(s) and then signal downstream neurons connected to it.

In common ANN implementations, the synapse signal is a real number, and the output of each neuron is calculated by a non-linear function of the sum of its input. Neurons and synapses may also have a weight that varies as learning proceeds, which can increase or decrease the strength of the signal that it sends downstream.

Further, they may have a threshold such that only if the aggregate signal is below (or above) that level is the downstream signal sent.